Ayn Traylor-Sadberry, In case of extradition request from Mexico for a 2006 murder in Mexico, Sixth Circuit considers whether statute of limitations applies 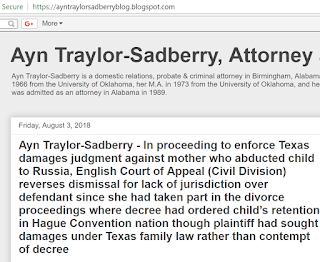 In case of extradition request from Mexico for a 2006 murder in Mexico, Sixth Circuit considers whether statute of limitations applies

Samuel Francisco Solano Cruz was to host a goat roasting party for the municipal leaders of Santa Maria Natividad, a village in the State of Oaxaca, Mexico, and for the members of the town band on New Year’s Day 2006. He went to a New Year’s Eve party outside the local municipal hall to deliver the invitations. Shortly after he arrived he was approached by a man screaming “son of a bitch!” and who then shot him six times. A bystander, Antolin Cruz Reyes, who came to Solano Cruz’s help, was shot as well. The murderer then got in his truck and fled the scene. Both men died from their wounds.
Avelino Cruz Martinez, then a United States permanent resident (and a citizen since 2010) was accused by Solano Cruz’s family of the murders. Within two weeks of the shooting, Solano Cruz’s widow and parents met with Cruz Martinez’s wife and brother, who lived in Santa Maria Natividad, before a town clerk and signed an agreement stating that Cruz Martinez had “committed the homicide.” The agreement also provided that Cruz Martinez’s family would pay 50,000 pesos for the expenses incurred by Solano Cruz’s relatives as a result of the “unfortunate incident,” and that once the parties accept the agreement and enact its terms the matter shall be closed.

A few days after the families’ agreed, two eyewitnesses made sworn statements before public officials, pointing to Cruz Martinez as the New Year’s Eve murderer. On February 23, 2006, an Oaxacan judge issued an arrest warrant charging Cruz Martinez with “murder with the aggravating circumstance of unfair advantage,” and notified the public prosecutor’s office the next day.

Following the murders, Cruz Martinez returned to the United States—Lebanon, Tennessee. He traveled back to Mexico a couple of times.

When in 2009, an American consular official asked about the status of Cruz Martinez’s arrest warrant the Oaxacan court responded that it was “still pending and executable.” In May 2012, the Mexican government filed a diplomatic note with the United States Department of State, informing it of the charges against Cruz Martinez and requesting his “provisional arrest.” Over a year later, he was arrested by the American authorities. The Mexican officials filed a formal extradition request in August 2013.
Complying with the diplomatic, judicial, and quasi-judicial procedures, the Secretary of State filed Mexico’s extradition request with a federal magistrate judge in Tennessee. Cruz Martinez raised multiple challenges to his provisional arrest and to the extradition proceedings, which were rejected by the magistrate judge. The magistrate judge certified to the Secretary of State that Cruz Martinez could be extradited. Cruz Martinez then filed a habeas corpus action contesting the magistrate judge’s certification decision. He argued that his prosecution has become barred by (1) the relevant American statute of limitations and (2) the Speedy Trial Clause of the Sixth Amendment to the United States Constitution. The district court denied his petition. Cruz Martinez appealed.

The United States Court of Appeals for the Sixth Circuit affirms district court’s decision.
“’Extradition shall not be granted,’ Article 7 of the United States-Mexico Extradition Treaty says, ‘when the prosecution or the enforcement of the penalty’ for the charged offense ‘has become barred by lapse of time according to the laws of the requesting or requested Party.’ Extradition Treaty, U.S.-Mex., supra, art. 7, 31 U.S.T. at 5064-65.”