Ayn Traylor-Sadberry, Court holds that abducting parent can be convicted under federal International Parental Kidnapping Crime Act (IPKCA) for conduct that is not considered criminal under state family law 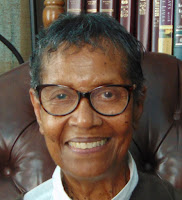 As matter of first impression in First Circuit, Court holds that abducting parent can be convicted under federal International Parental Kidnapping Crime Act (IPKCA) for conduct that is not considered criminal under state family law

Fazal Raheman, then living in the U.S., and Saihba Ali married in India in May 1990. They moved to Massachusetts where their daughter was born in 1992. Four years later, a son arrived. The marriage was not going well, though. In 1997, Ali and the children moved into a separate apartment.

Raheman secretly installed a video camera in Ali’s bedroom, had a private investigator follow her around, asked his nephew to move into Ali’s apartment building to spy on her, and tapped Ali’s telephone. In November 1997, he traveled to his former home in Nagpur, India, enrolled his daughter in school there and filed a custody petition in the Nagpur Family Court.

Later he went back to the U.S. Under the pretext of taking the children to a museum, Raheman took them back to India. Ali contacted the police and obtained an emergency custody order in a Massachusetts court. Raheman obtained his own custody order from the Nagpur Family Court.

In July 2001, a federal grand jury indicted Raheman under the International Parental Kidnapping Crime Act (IPKCA), 18 U.S.C. Section 1204. It provides in part that “(a) Whoever removes a child from the United States, or attempts to do so, or retains a child (who has been in the United States) outside the United States with the intent to obstruct the lawful exercise of parental rights shall be fined under this title or imprisoned not more than 3 years, or both.”

Federal authorities arrested Raheman in the U.S. and convicted him of kidnapping. Raheman noted an appeal. The U.S. Court of Appeals for the First Circuit affirms in part, vacates in part and remands for resentencing.

On appeal, Raheman argued, inter alia, that the evidence failed to show a crime under the IPKCA because the alleged conduct was not criminal under Massachusetts law. Disagreeing, the Court finds that such a prosecution comports with the language and intent of the statute. Massachusetts law does not criminalize any of Raheman’s actions because no proceedings had been pending at that time. This, however, does not prevent Congress from acting on its own basis.

“In 1993, by virtue of its commerce power ..., and to ‘deter the removal of children from the United States to foreign countries in order to obstruct parental rights,’ Congress passed the International Parental Kidnapping Crime Act to create a new ‘federal felony offense ....’ H.R. Rep. No. 103-390, at 1 (1993) ... The legislative history explains that IPKCA was enacted as a domestic response to issues left unaddressed by international law:”“‘There is an international civil mechanism relating to these cases, the Hague Convention on International Parental Child Kidnapping* for which Congress passed implementing legislation in 1988. ... However, most countries (including India) are not signatories to the Convention, thus leaving individual countries to take whatever legal unilateral action they can to obtain the return of abducted children. Creating a federal felony offense responds to these problems ...’” [Slip op. 9-10]

The Court then turns to the issue of first impression in the First Circuit: whether IPKCA authorizes the conviction of a parent for conduct that is not criminal under State law. “That IPKCA looks to state family law for purposes of defining ‘parental rights,’ ... does not in any way suggest that the statute depends upon state criminal law to delineate the realm of circumstances through which such rights are transgressed. By prohibiting those situations in which a parent ‘removes a child from the United States ... with intent to obstruct the lawful exercise of parental rights,’ ... Congress went further than Massachusetts, which does not criminalize such conduct absent a prior court proceeding.”

“Nowhere in the text of the statute or the legislative history does Congress limit the criminal prohibition in 18 U.S.C. Section 1204(a) to only those acts that are criminal under state law. ... Congress could have provided for the imprisonment of any person who, in violation of State law, removes a child from the United States. It did not do so, and this court will not infer such a limitation where the statutory language does not support it. ...” [Slip op. 12-14]

*[Editorial Note: The legislative history is presumably referring to the Hague Convention on the Civil Aspects of International Child Abduction [T.I.A.S. 11670, in force for U. S. on July 1, 1988].